The new 181 Fremont tower in San Francisco is a slender 800’ skyscraper tightly nestled between existing buildings. Located on the south side is the historic four-story Meco Building, which includes among its many tenants a daycare with a roof-top playground.

Site safety being the top concern for the General Contractor, Level 10 Construction, they opted for a custom netting system to provide an optimal level of protection over the entire area of the rooftop playground. To ensure the netting was properly designed, Plan B collaborated with Level 10 to conduct on-site testing to determine proper design loads for the system. Weights were dropped into a netting mockup to mimic code specifications and real-world loads were recorded using an array of strain gauges. Our office then designed and detailed an elevated netting structure consisting of pre-manufactured formwork equipment readily available to the contractor. The system was coordinated with the new construction so that it was completed just as the superstructure reached the height of the roof top playground. Thanks to close coordination with Level 10, PlanB provided a one-of-a-kind netting system that successfully protected the adjacent spaces and integrated into the construction schedule with no delays.

With the construction of the new 181 Freemont tower in San Francisco, a slender 800’ skyscraper nestled between existing buildings, site safety was of paramount concern to the general contractor for the project (Level 10 Construction). Of particular note was the historic four story Meco Building on the south side of the project, which among other tenants housed a day care on the upper story with a playground on the roof. Level 10 chose to provide a custom netting system to provide redundant protection over the entire area of the 60’ wide building below.

Although the final product was a unique design, the details were an assembly comprised of standard off the shelf formwork components merged with industry typical netting materials. Due to the distinct layout, calibrated load tests were performed on a representative netting assembly prior to detailing in order to determine the required loads to be utilized in the design. 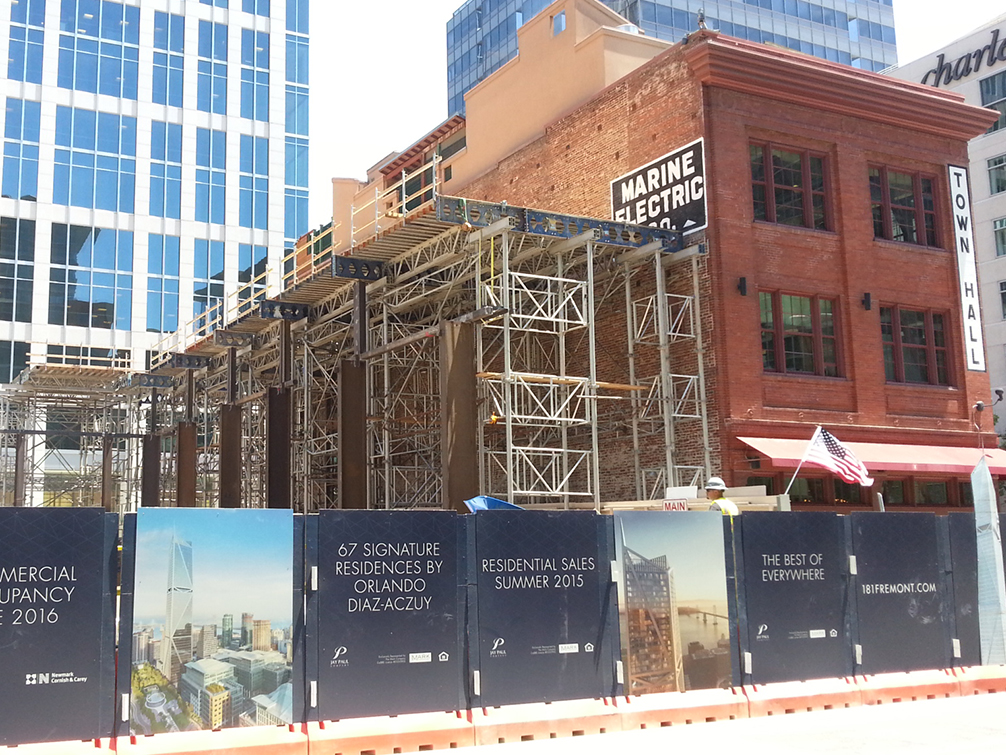 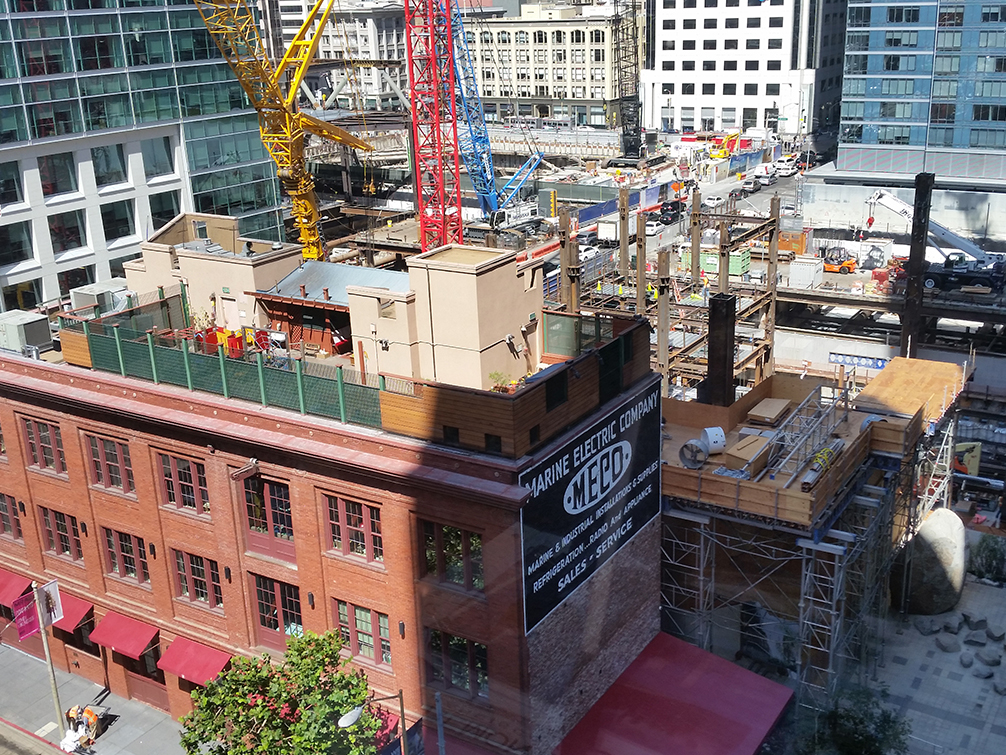 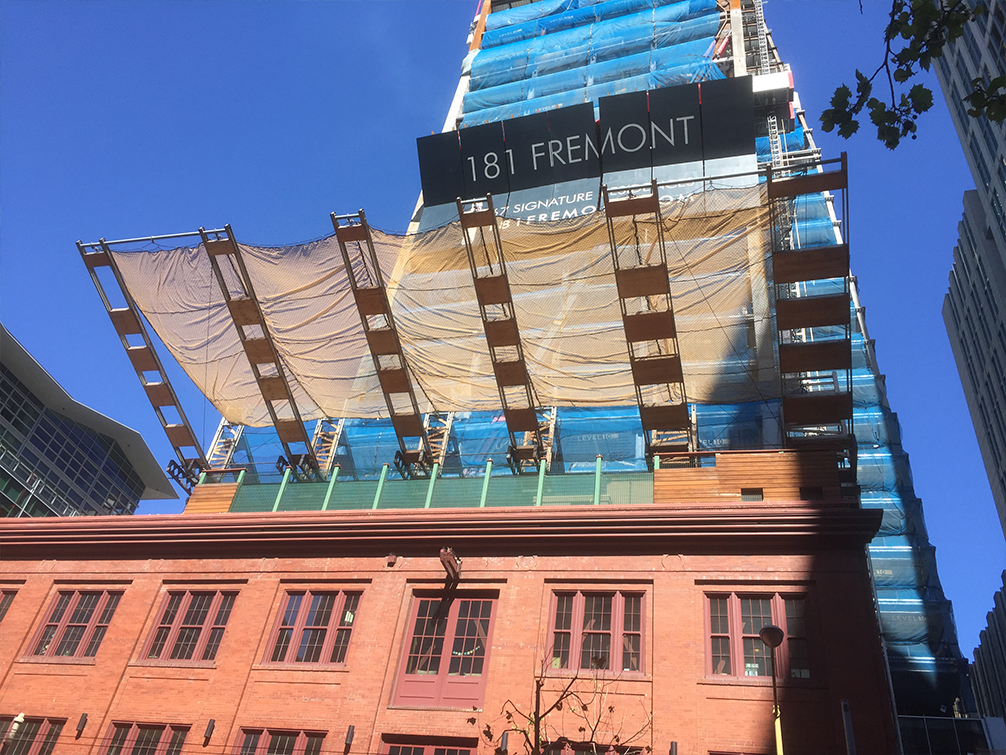 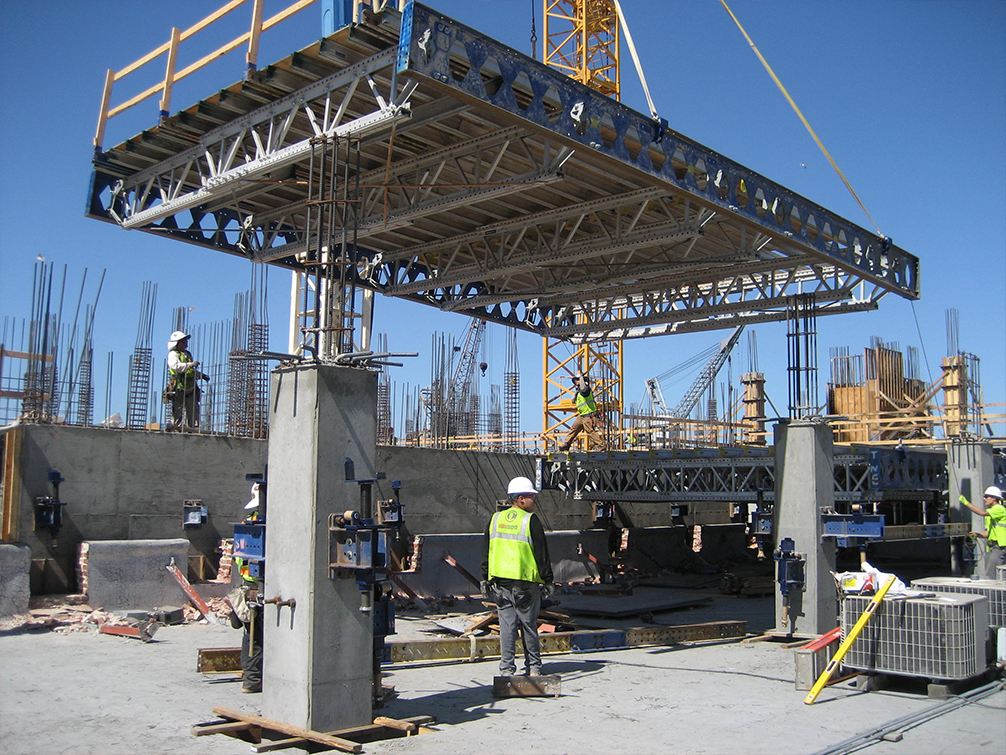 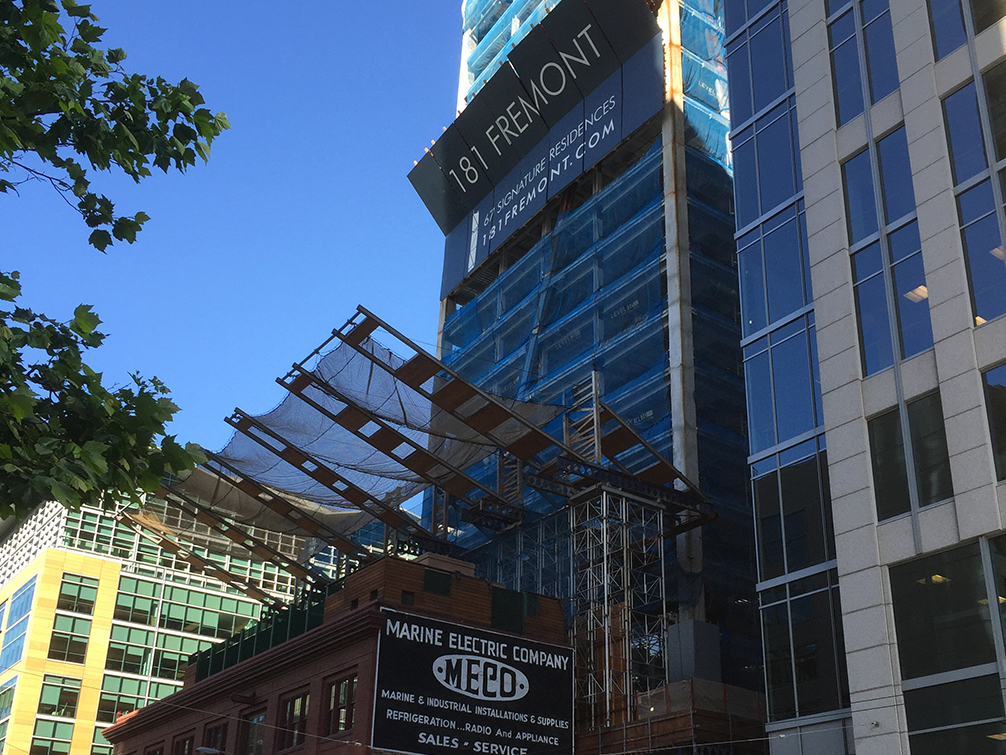