When the MetLife Stadium at the Meadowlands was completed, Giants Stadium was only needed for additional parking. Gramercy Group, LLC was contracted to do the demolition and contracted Plan B Engineering to prepare drawings for means and methods to demolish the structure completely.

The escalators and helical walking ramps were cast-in-place concrete two-way sloped slabs. Because of the height of each helix, a special high-reach shear machine was introduced to demolish down to where conventional equipment could do the job. The process required extra analysis to ensure that the partial structure was able to stand until it was ready for demolition.

Facing the New Jersey Turnpike, there was a large press box addition. It was supported on both its own tower and on the stadium steel and needed to be removed first. Selective and partial cutting freed the press boxes from the structure, and it was pulled over into the parking lot in a night operation to minimize the exposure of the Turnpike.

The arena itself was a robust tiered steel braced frame with concrete plank deck. First, the lowest tier of seating was demolished by standard shears. The high-reach shear then completely removed a bay of the arena. Another bay, two bays away, was removed so that three column lines and two bays were free standing. The ground floor columns were partially or selectively cut and the free-standing bays were pulled into the arena bowl and cut up with conventional shears. This process was repeated around the arena.

After the structure and its debris removed, the slab under the playing surface was perforated, then paved over and put into service as a parking lot for the MetLife Stadium. 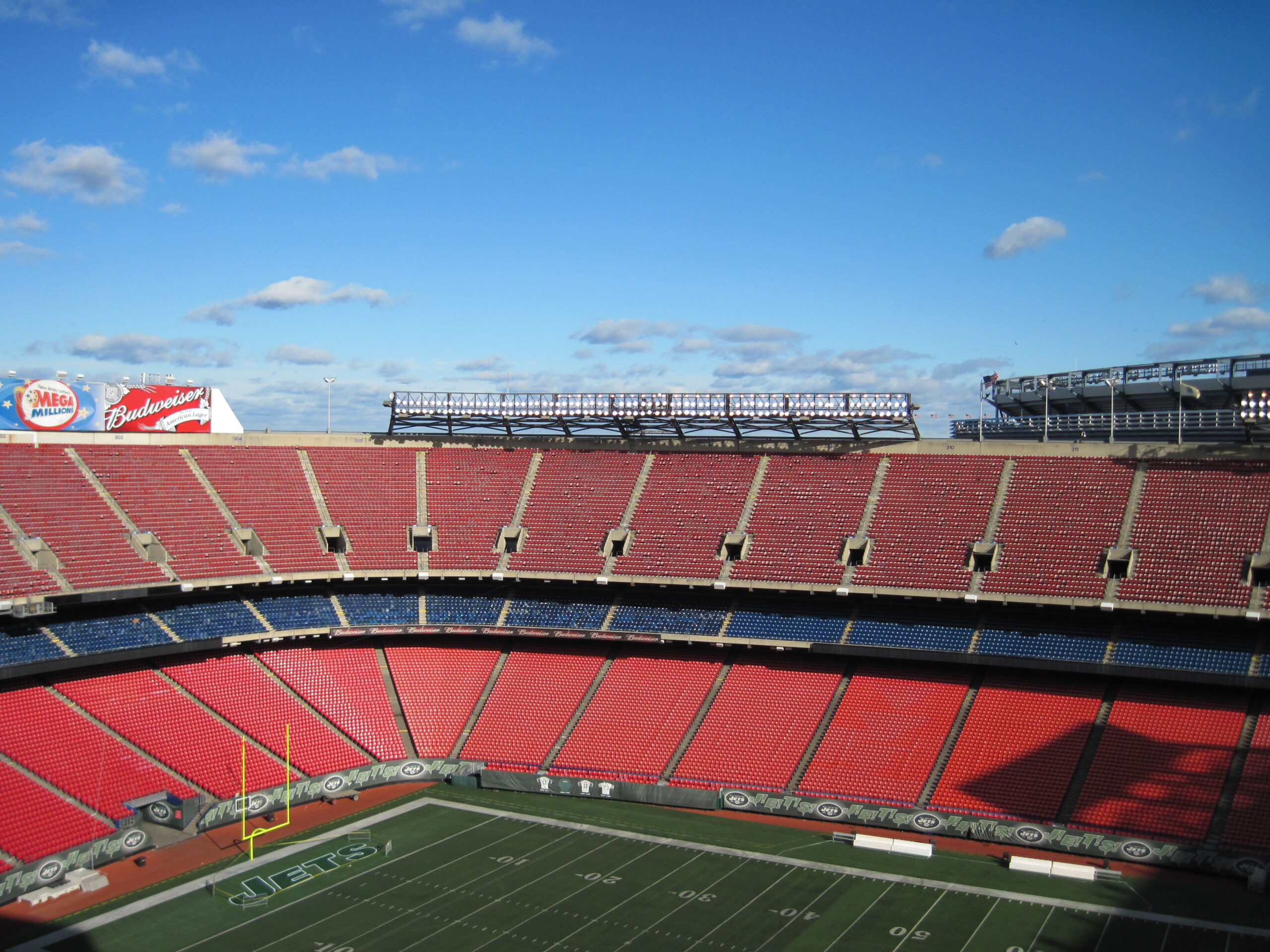 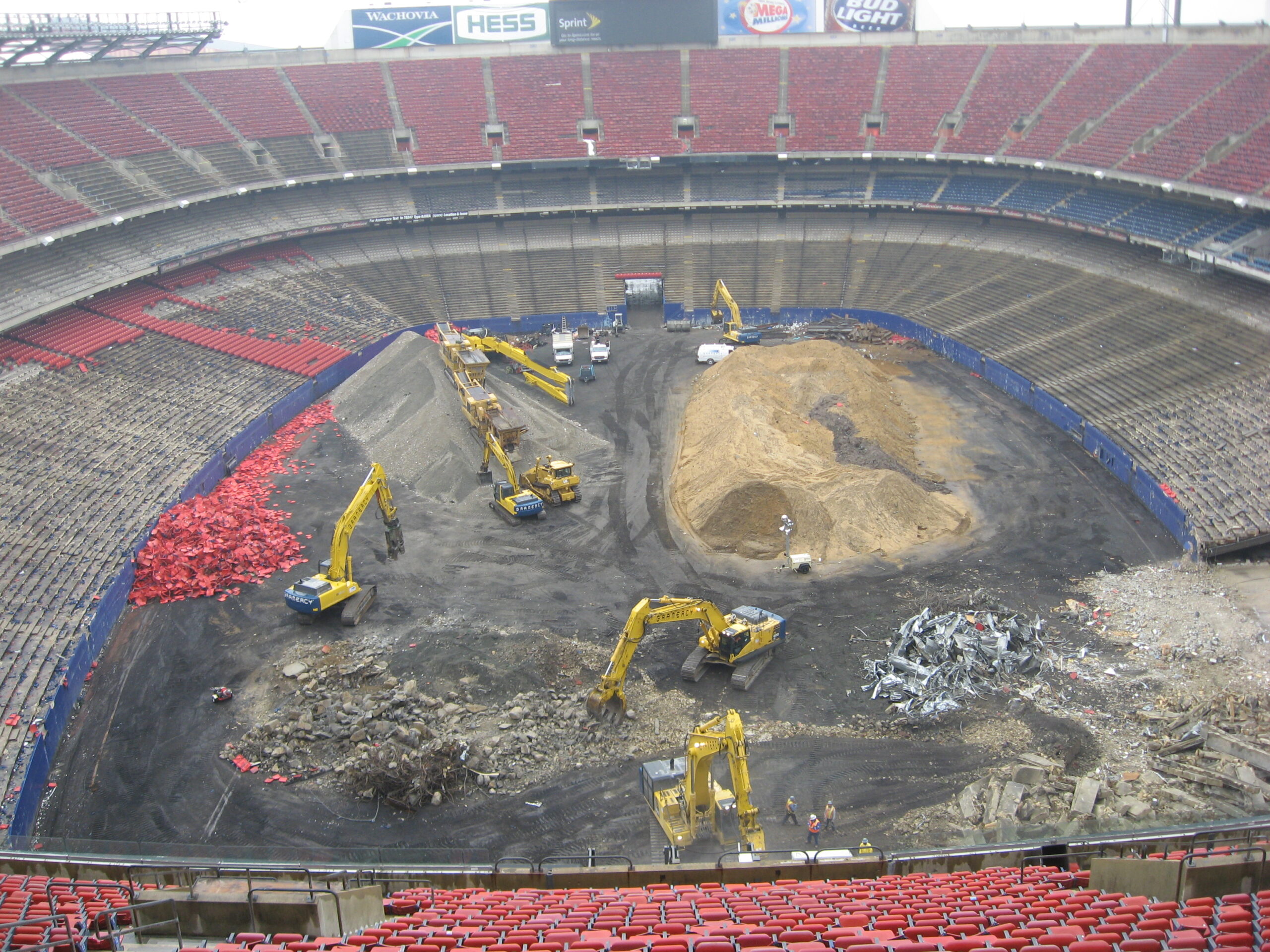 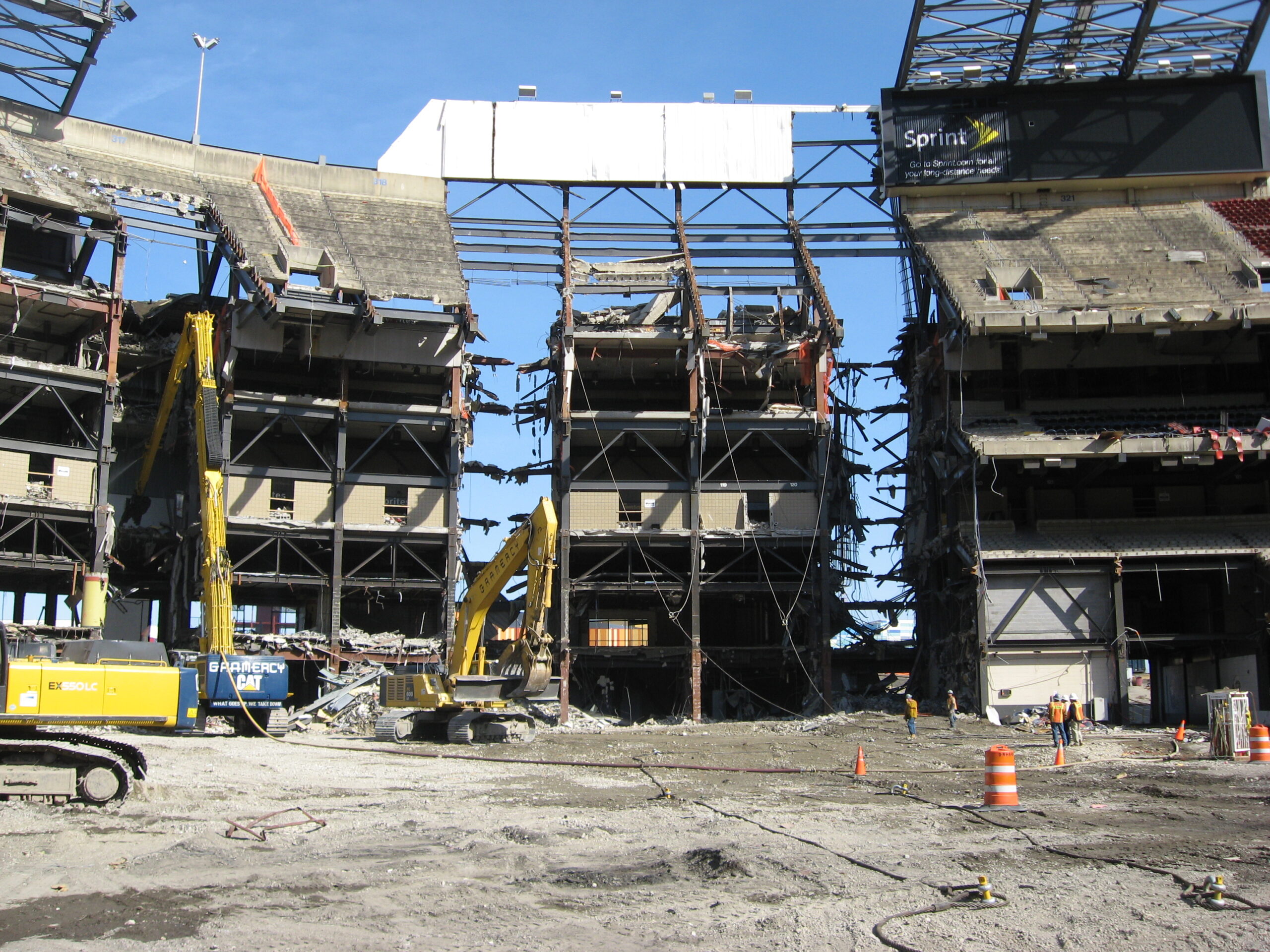