Terminal 3, formerly the Pan-Am Worldport, was required for additional parking for passenger aircraft. Preservation groups
campaigned to prevent demolition, but New York State’s Historic Preservation Office revoked the structure’s eligibility for the National Register of Historic Places. Gramercy Group, LLC and Plan B Engineering prepared means and methods for the complete demolition of the structure and its connections to the rest of the airport.

The terminal‘s iconic oval roof was composed of radial cantilevered king post steel beams supporting a concrete slab. The slabs were demolished from above by robotic equipment and dropped to the fill berm. Then the intermediate beams were cut and dropped and the main beams were cut at the fulcrum column and picked free. The procedure occurred simultaneously on diametrically opposite sides of the oval to maintain balance. Once the cantilever was demolished, the remainder of the building was dropped into the structure through more conventional techniques.

To allow contractor access on the “air side” of the road, Plan B and Gramercy designed and constructed a bridge and abutments from the main access road, across an airport bus route, and into the secured site.

Plan B and Gramercy had to sever the link between the terminal and the Airtrain by removing a pedestrian bridge from the Airtrain Station to the terminal. The bridge was approximately 150’ long and weighed 270 tons. The truss structure of the bridge was locally strengthened and freed from the supports. In a one-night operation, two cranes performed a tandem pick and set the bridge on a multi-wheel hydraulic trailer which rolled the bridge off the access road and into the site for dismantling. 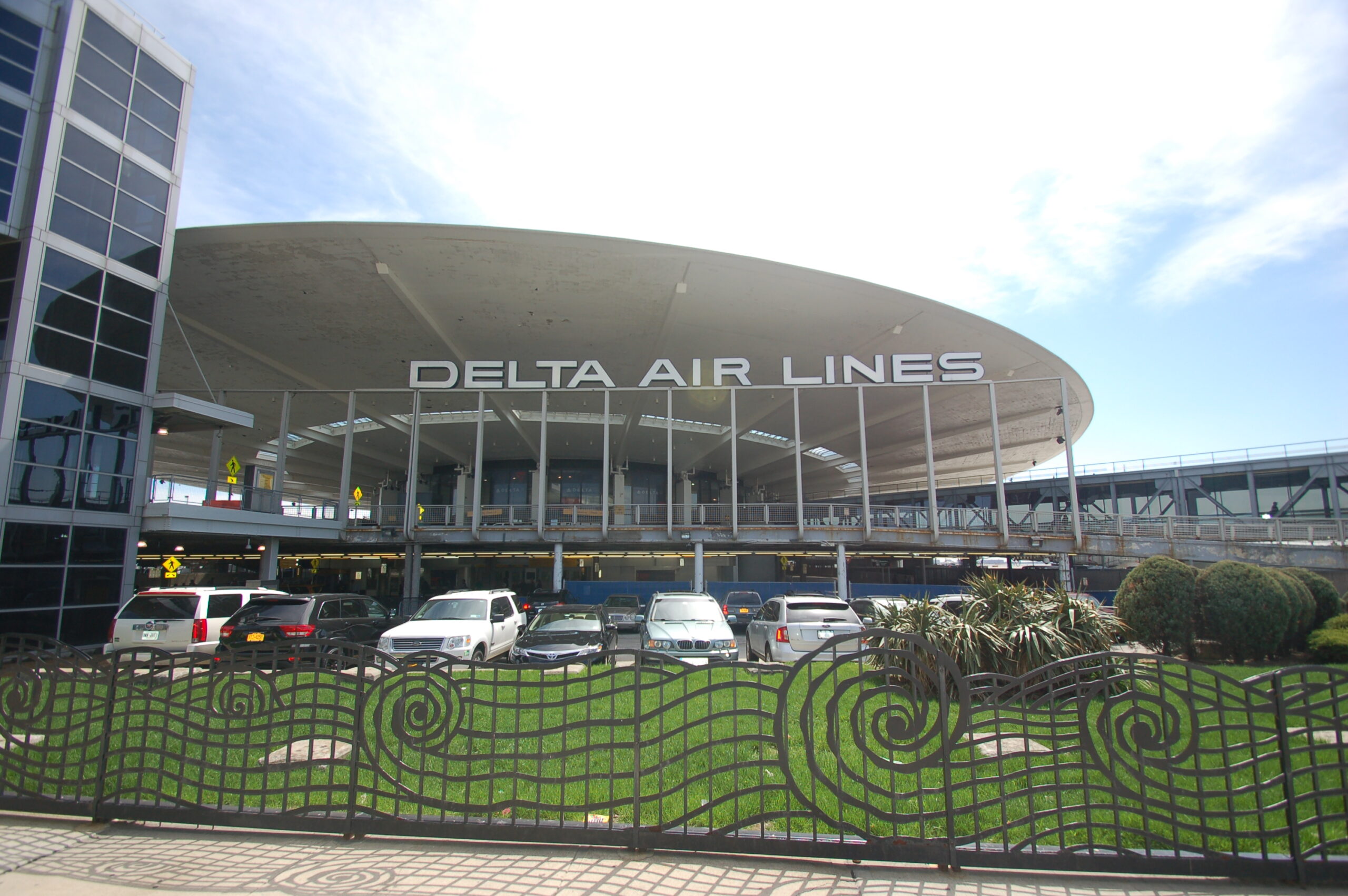 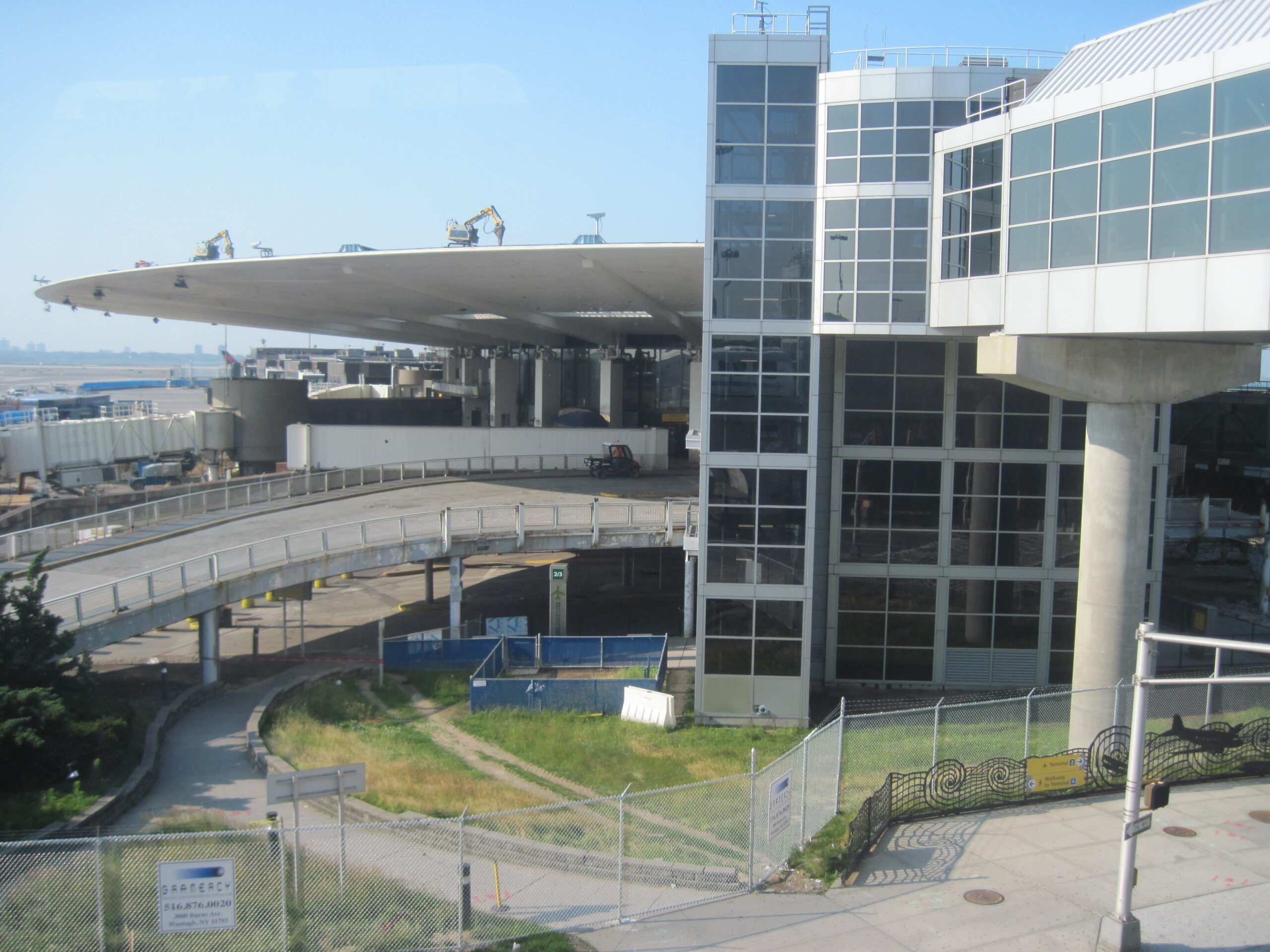 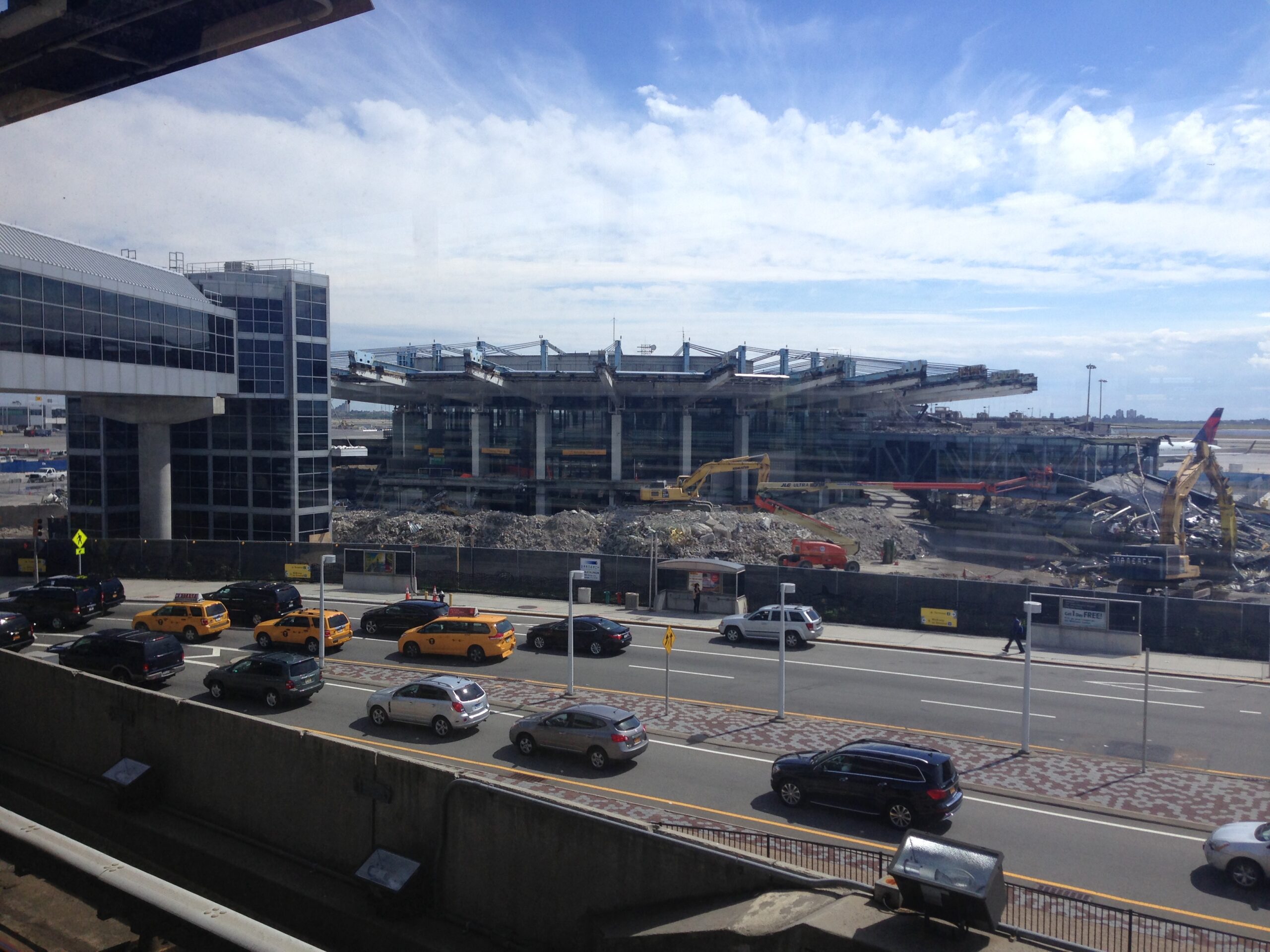 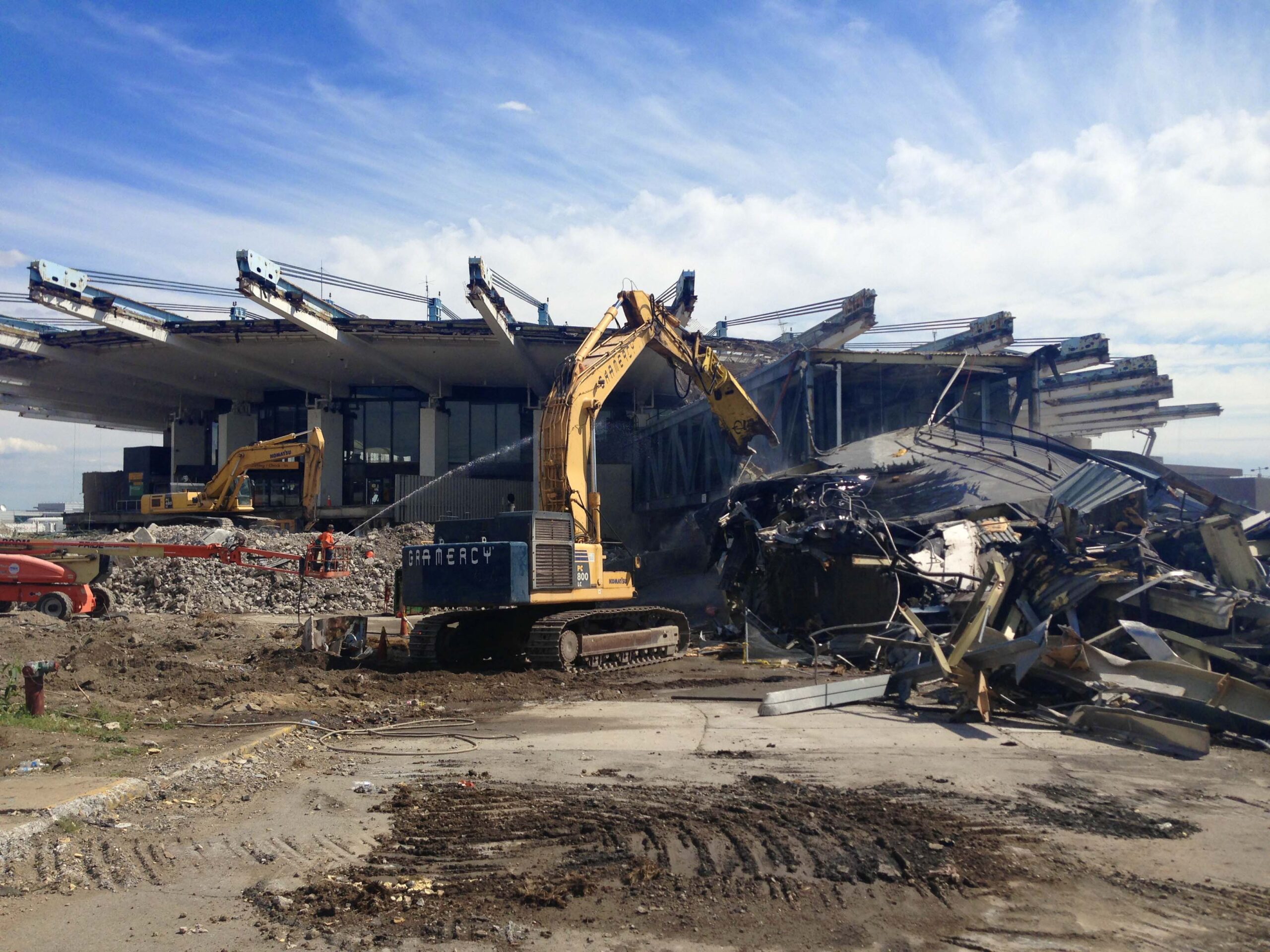 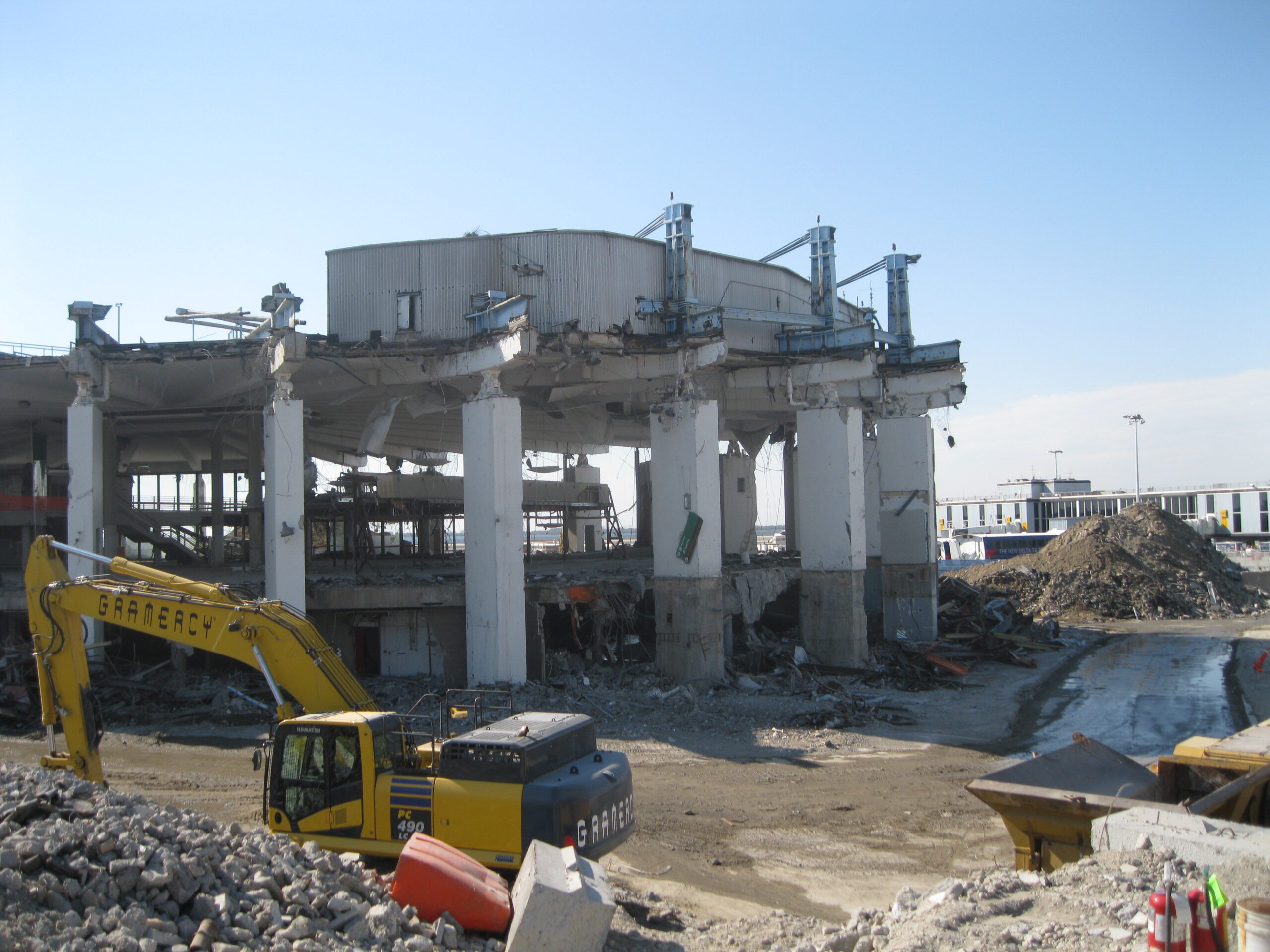 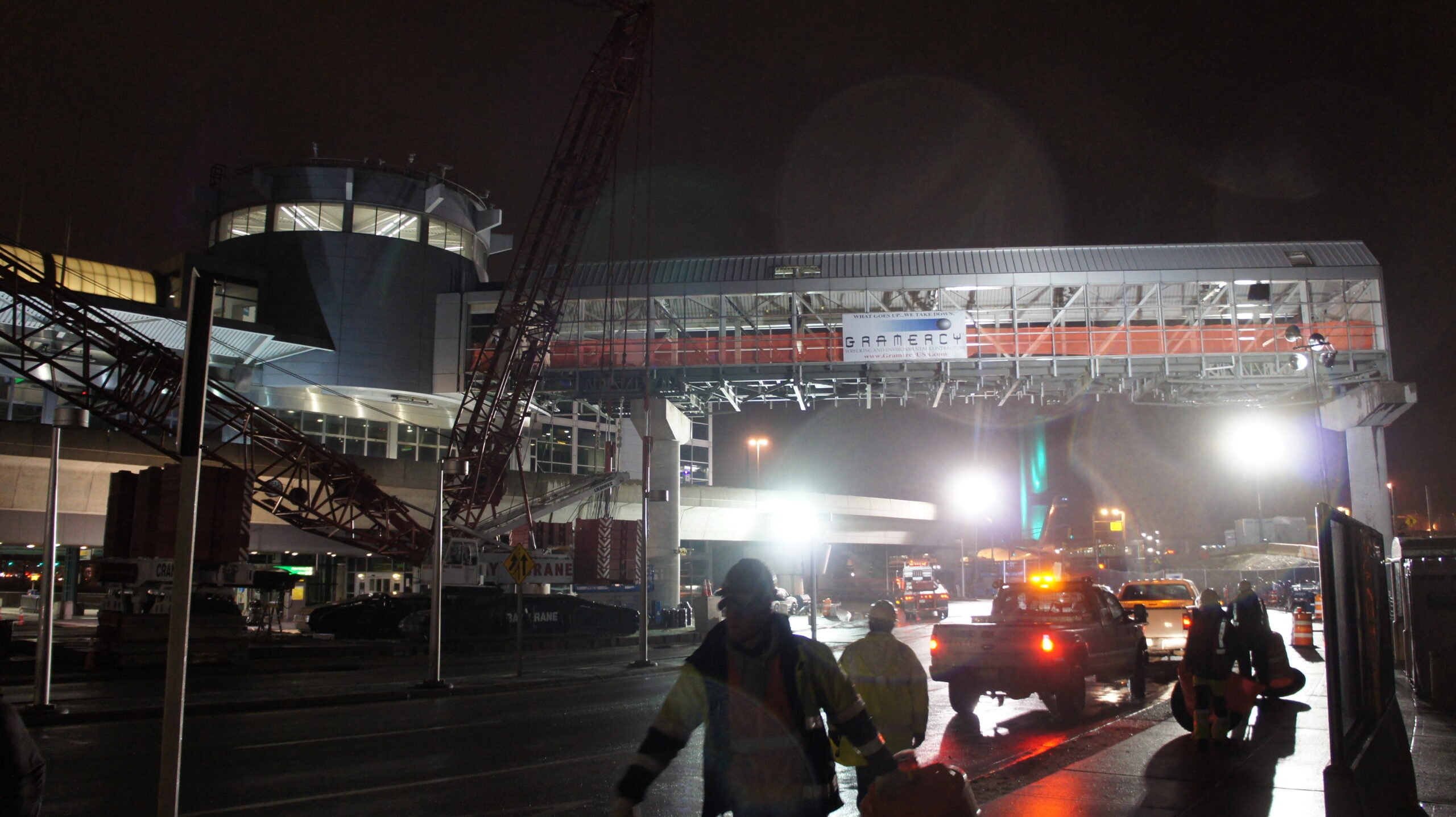 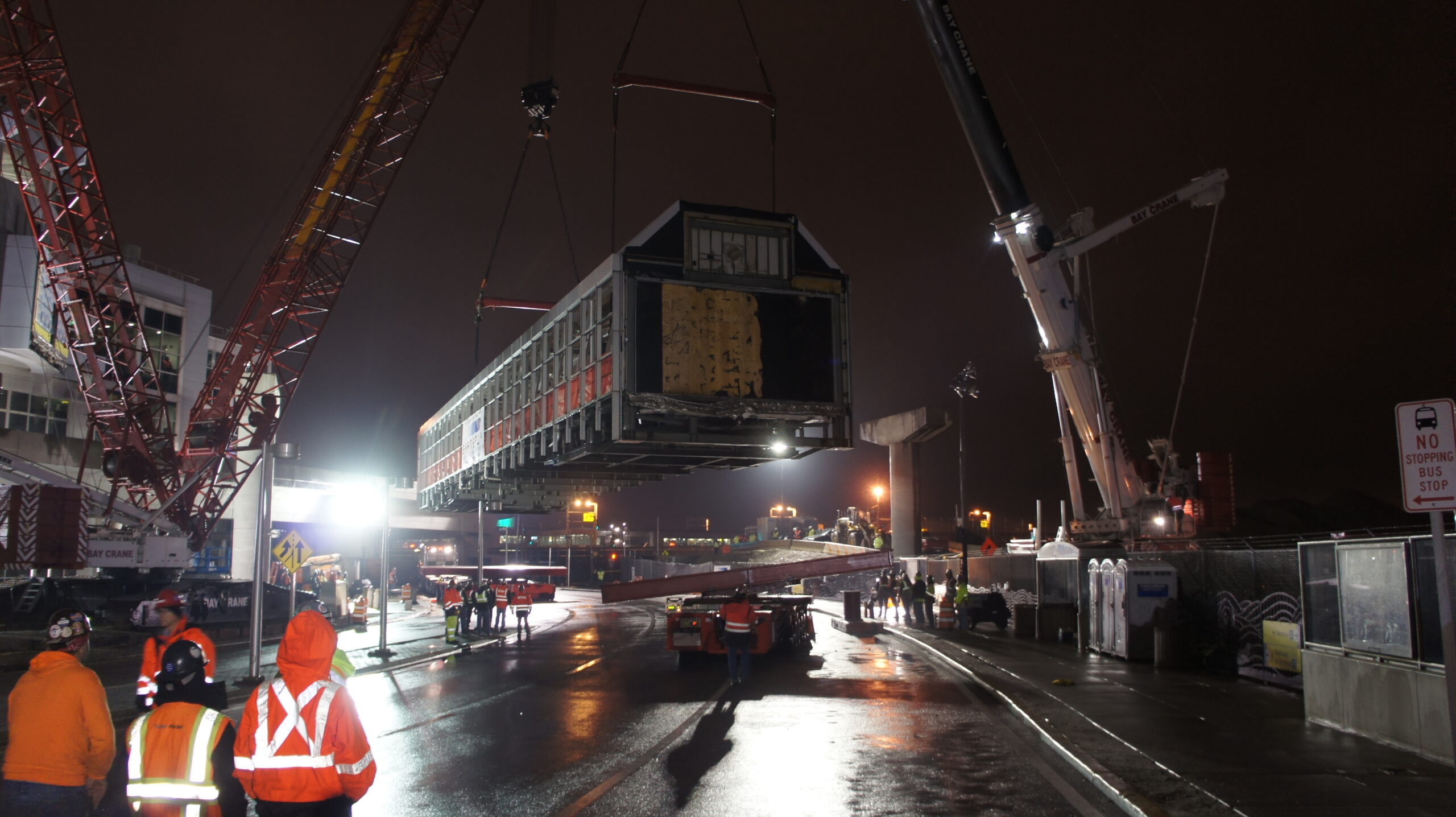